RARE vintage is on Skorpios with Jackie and Lee

Athina Onassis recently sold Skorpios, the island where Jackie Kennedy married Aristotle Onassis - she is known to have only visited the island once for her mother's ten year memorial.  I 'discovered' Skorios years ago in a book and life on Skorios seemed like the epitome of summer style to me.  RARE vintage is on the beach with Jackie Kennedy on Skorpios...

Ron Galella, the original paparazzo, published the book Jacqueline in 1974 and he writes all about  the challenges of photographing one of the most famous and glamorous women in the world.  Jacqueline Kennedy may or may not have liked Ron Galella tracking her every move but some of the most iconic and wonderful photographs of her are by him and I think his photographs have partially made her the style icon that she is today...

I became really obsessed when I read in Galella's book that "at 11AM I saw two sailors appear and they hosed down the patio and everything.  Getting ready for the Queen, I thought."  Now I wish I had two sailors to hose down our patio but alas I do it myself and it has become a morning ritual at our house on Centre Island - there is something very refreshing about it - and I always think of Jackie on Skorpios.

Galella continues, "And then a woman in a bikini came down to the shore and started doing exercises.  But it wasn't Queen Jackie.  It was the Princess Lee Radziwill.  Lee looked very good doing her yoga. Then Jackie came down wearing pink Levis."

Have you ever even seen pink Levis?!  But don't they sound fab! 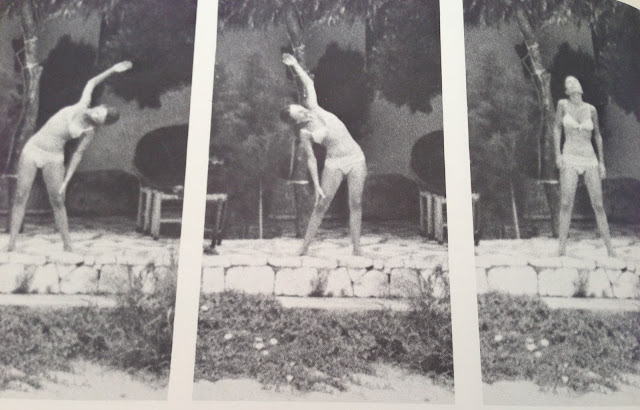 Jackie in cropped pink Levis and her ubiquitous head scarf: 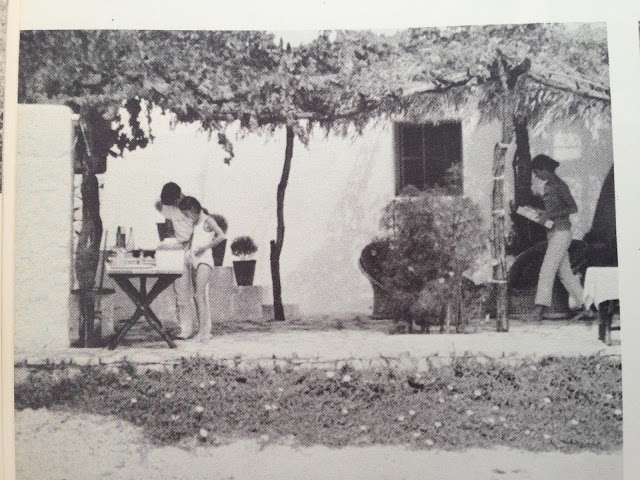 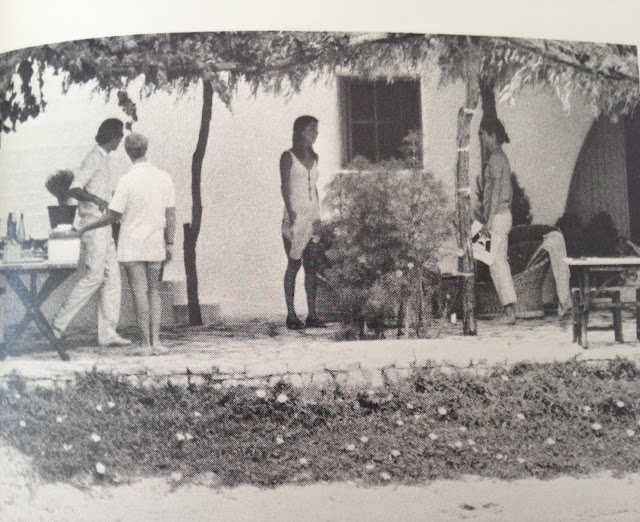 I love the simplicity of the picnic table and the rustic furniture: 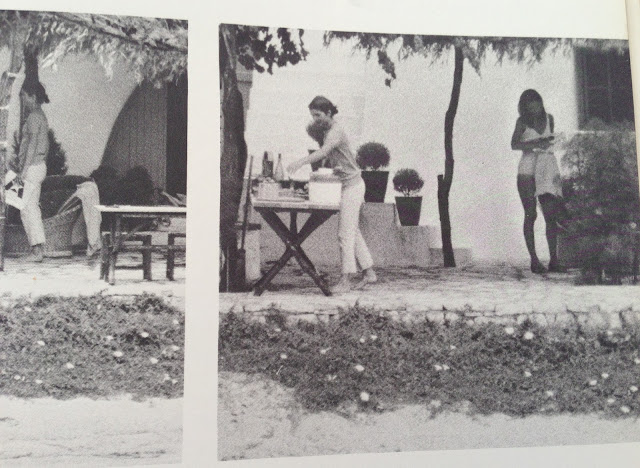 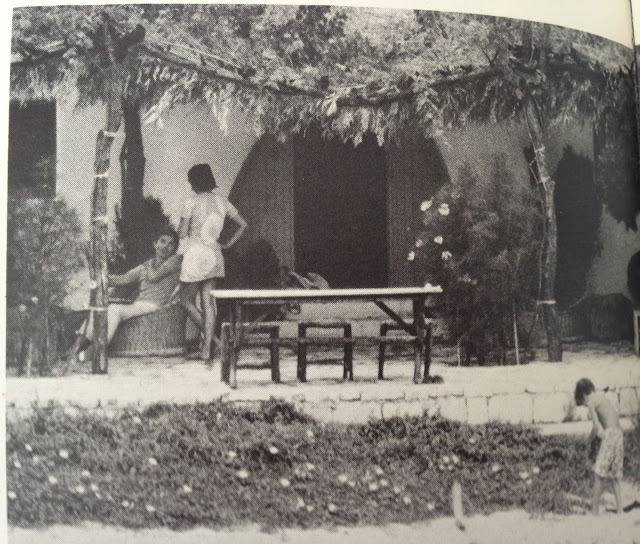 Ron Galella did not have an easy time photographing Jackie on Skorpios - she was elusive and there was the presence of the Secret Service, Onassis' staff and the Greek police.  Finally he had a sighting.  "And then I saw her!  She was in the water with her bathing cap on and her sunglasses.  I could hear Ari calling to her: "Don't come her-ahh.  The water is duurrrty." 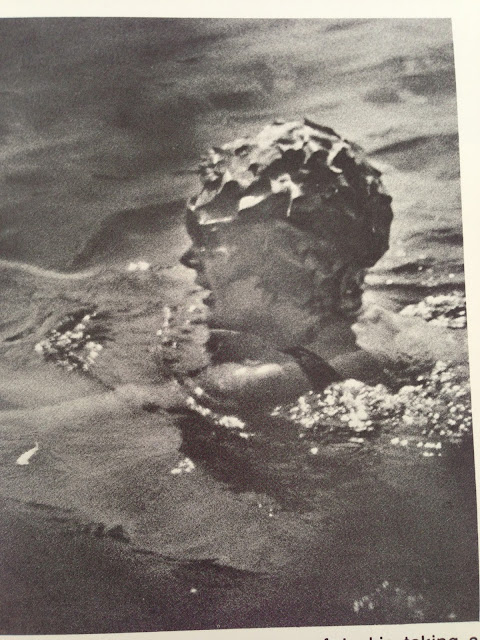 Galella wanted more photos of Jackie and had a hunch that she would be leaving Skorpios and heading to Capri.  "Crossing the bay of Naples I got sight of the Christina headed towards Capri.  That afternoon after they docked I followed Jackie up to the shopping area of Capri.  Jackie went into a jewelry store but I didn't see her buy anything.  Then she bought four pairs of sandals and then some tomato seeds for the garden on Skorpios.  Then I saw her buy some magazines, including a copy of Gente that had a picture of Ari and Maria Callas kissing on the cover.  I think she was annoyed that I took a picture of that." 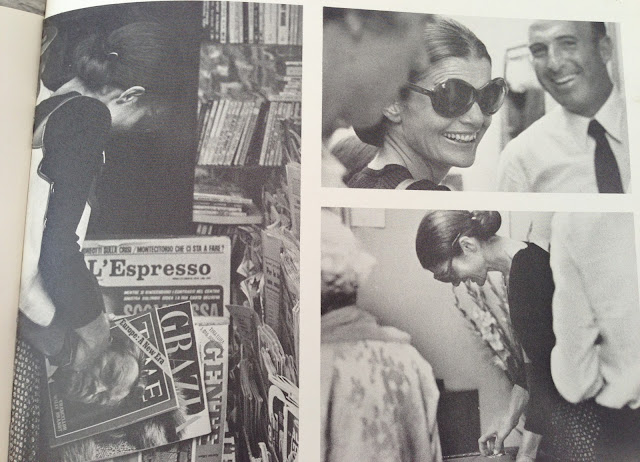 Sounds like an idyllic summer doesn't it?  Sun, a swim, a little shopping and gossip magazines...

All photos and quoted text from Jacqueline by Ron Galella
Posted by RARE vintage at 10:27 AM