I was very shocked and saddened to learn that Marie Brandolini passed away in June.  I fell in love with her Laguna B Venetian tumblers that were based on the goti de fornasa glasses that the glassmakers would craft at the end of the day from leftover bits of glass for their own personal use. 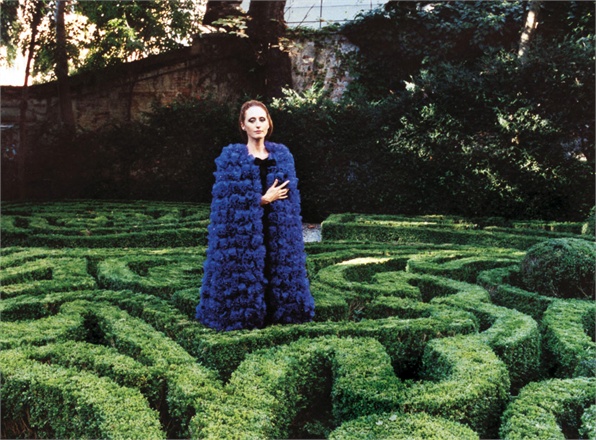 They are a riot of color and scattered with stars, swirls and flowers and are perfect for a table set for lunch with a chilled white wine and a bowl of spaghetti alle vongole. 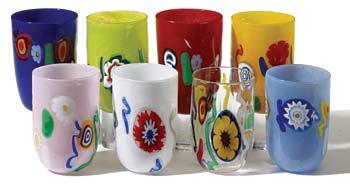 Marie Brandolini was the daughter of Beatrice de Rothschild and Armand Anglivie de la Baumelle and was raised in Paris.  When she married Count Brandino Brandolini d'Adda she relocated to the 12th century Palazzo Brandolini  in Venice on the Grand Canal.

The palazzo Brandolini was the home of the stylish Contessa Christina Brandolini, the sister of Gianni Agnelli. 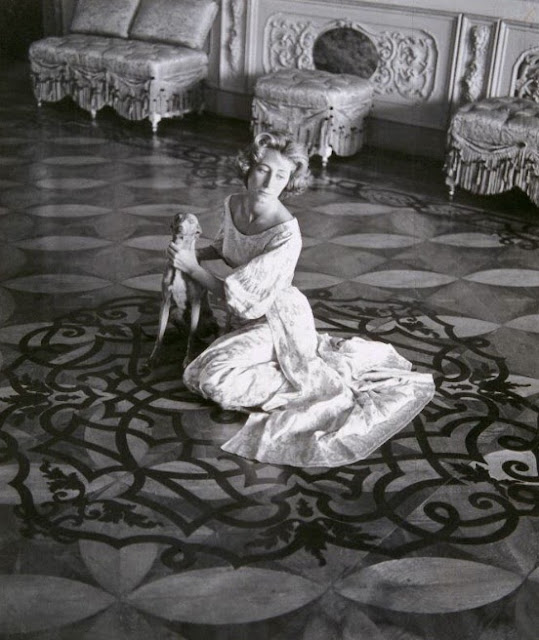 and not so long ago, the San Francisco philanthropist and haute couture collector, Dodie Rosekrans, took up residence in the piano nobile of the Palazzo Brandolini with its 30 foot ceilings and ballroom.   Dodi had the late decorator, Tony Duquette fancifully reinterpret the palazzo in a theatrically grand version of Venetian style. 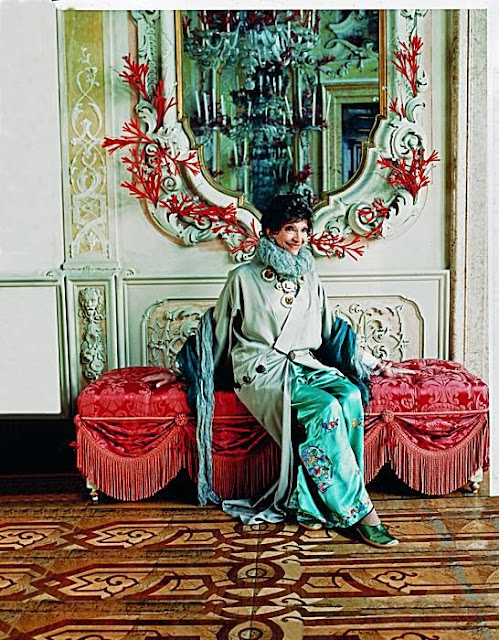 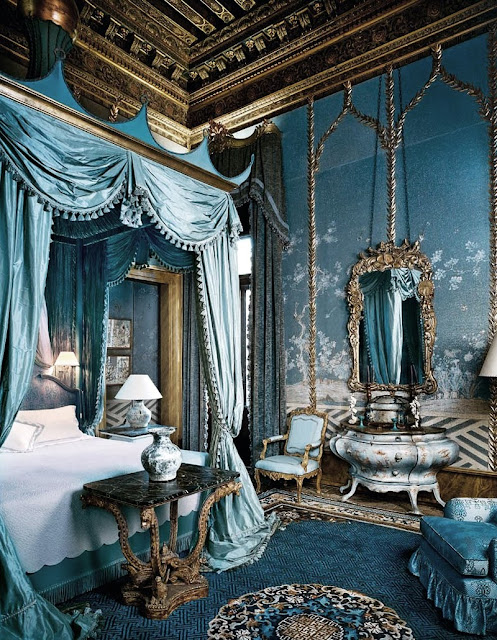 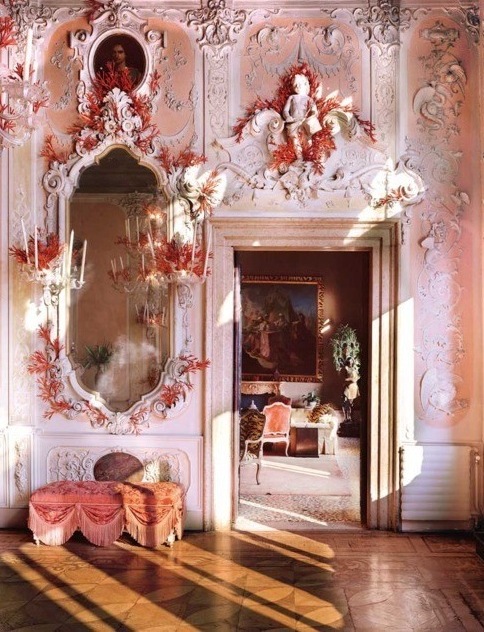 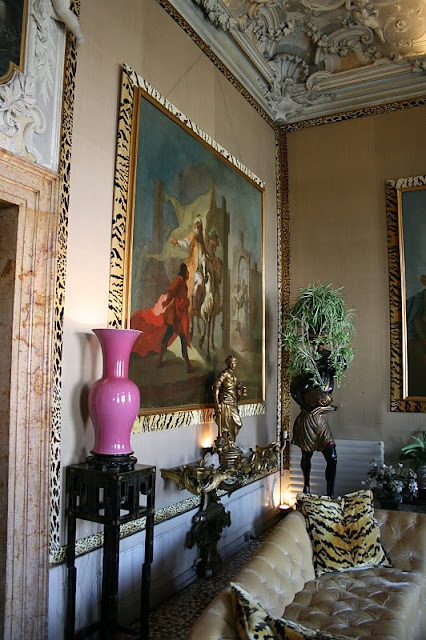 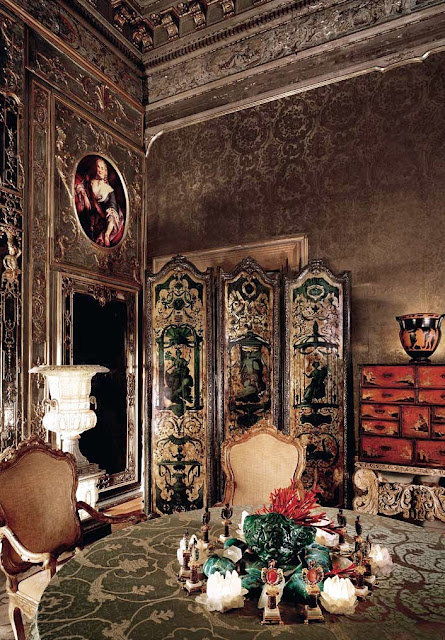 Marie Brandolini took to life in Venice and went to work on the island of Murano at 6:30AM.  She did break for lunch at the Trattoria Busa Alla Torre - which, by the way, has the best Fritto Misto I have ever had...  I think she was really the first to do chic and affordable Murano glass.

For parties at her home, she would get pitchers of Whiskey Sours delivered from Harry's Bar "The other thing I like to do when I'm giving a dinner party at home is to order in jugs of whiskey sours from Harry's Bar.  They are delicious and deceptively strong." 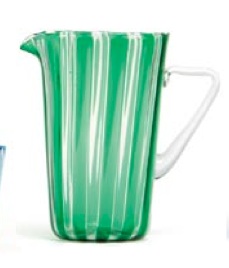 A Laguna B Berlingot pitcher.  Marie Brandolini said the Berlingot was inspired by the "stripy sweets typical of Provence: a reminder when I was a little girl with a very sweet tooth.  The Berlingot glasses and carafes have the same stripes as those funny sweets and the same playful character."

Cocktails on the terrace of the Brandolini's apartment: 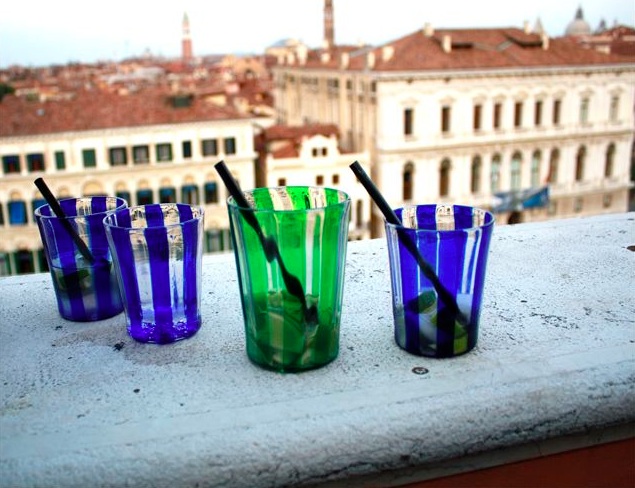 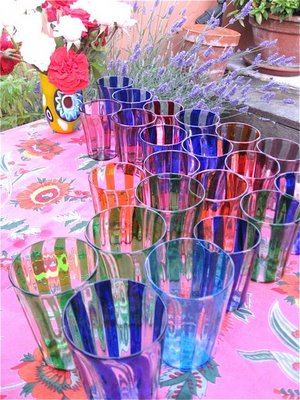