When I was first shown these Joe Eula fashion illustrations for Halston, it was a moment of coup de foudre.  Not only because here was Liza!  Karen B!  Pat C!  but because here was also the sensibility of Halston.  Here were, not only the women who wore his clothes so well,  but here also was the man who with quick strokes of his brush and pen was able to capture not just the likeness of Halston's clothing but the spirit and movement of the clothing.  And here also was a moment in time preserved, pin hole pricks and all, of a glorious moment in American fashion.
This is the time that American fashion designers stormed the revered halls of Versailles to go mano to mano (or dress to dress) with the giants of French couture, Yves Saint Laurent, Givenchy, Dior, Ungaro and Pierre Cardin. Josephine Baker performed for the French, and Liza Minelli, wearing Halston, performed for the Americans.  Joe Eula using black oven paint and a broom sketched the Eiffel Tower for the American sets (oh those crazy American kids!) and here began the coup de foudre for American fashion.
I heard a story about Joe Eula and Halston:  Halston became enraged when a journalist started walking over Joe Eula's sketches of a collection.  Halston was furious yelling did he not realize that he was walking on the work of a great artist?!  Eula was a great artist and one of the most gifted fashion illustrators.
I feel very fortunate to have been entrusted with a wonderful group of Joe Eula's fashion illustrations for Halston from the Chuck and Candy Pratts Price collection.  Enjoy! 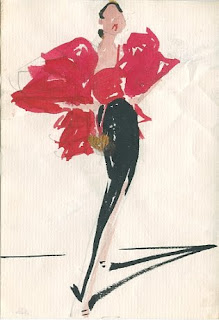 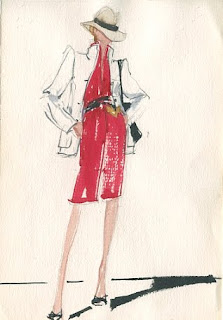 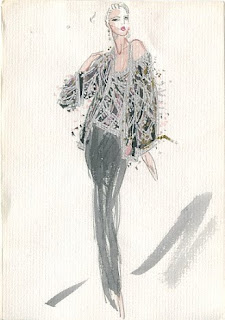 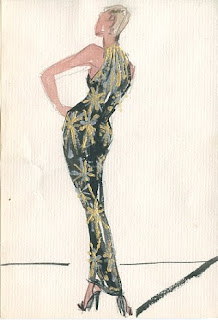 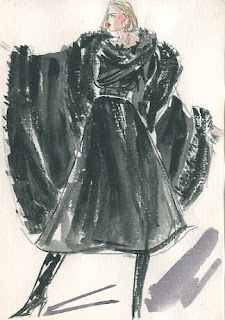 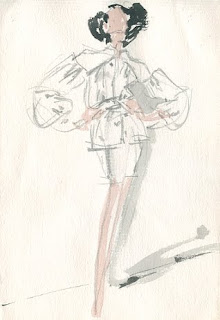 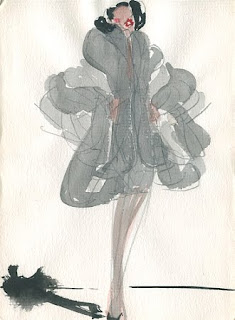 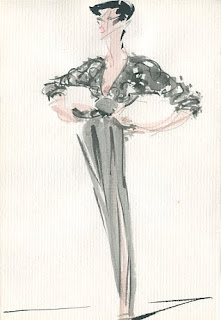 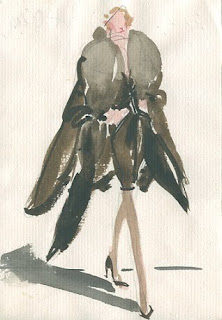 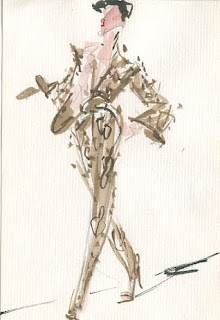 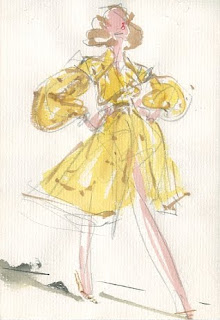 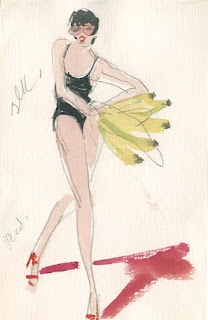 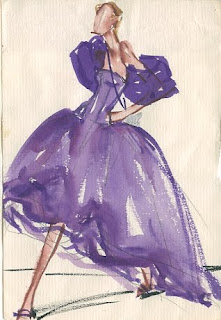 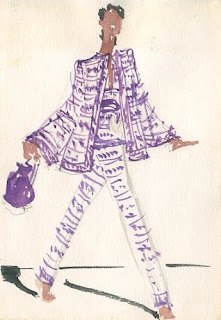 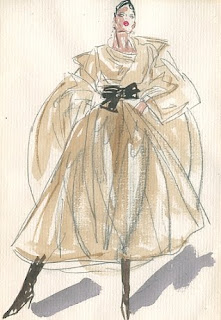 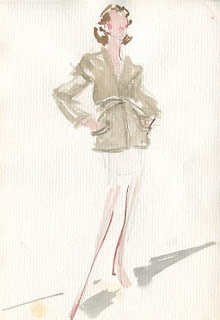 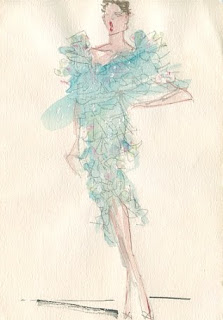 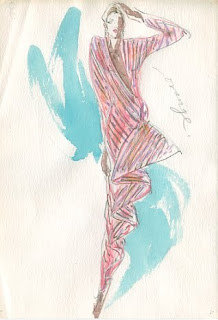 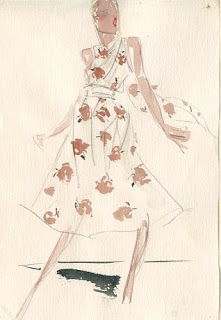 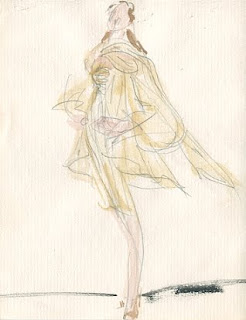 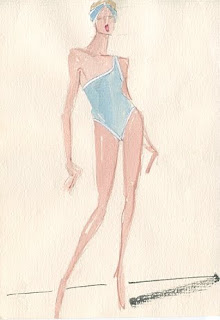 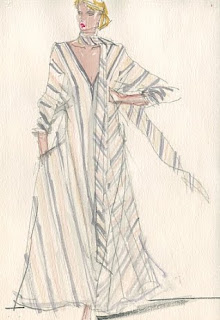