RARE vintage is in the house.  The house of La Comtesse Jean de Polignac.

Diana Vreeland, editor-in-chief of Vogue in 1968, said in the Introduction to Vogue's Book of Gardens, Houses, People "Few things are more fascinating then to see how people live during their private hours - in the rooms they love, the gardens they have planted, among their personal possessions..."

La Comtesse Jean de Polignac, originally known as Marguerite di Pietro, was the only child of Jeanne Lanvin.  And La Mere Lanvin doted on her only daughter.  She started creating charming and beautifully made clothing for her daughter and then opened a children's store and then eventually she began designing for both the mothers and the daughters.

Robe de petite fille.  1923.  A dreamy bit of haute couture for a little girl... so much nicer then The Gap don't you think?  Or even Bonpoint for that matter... 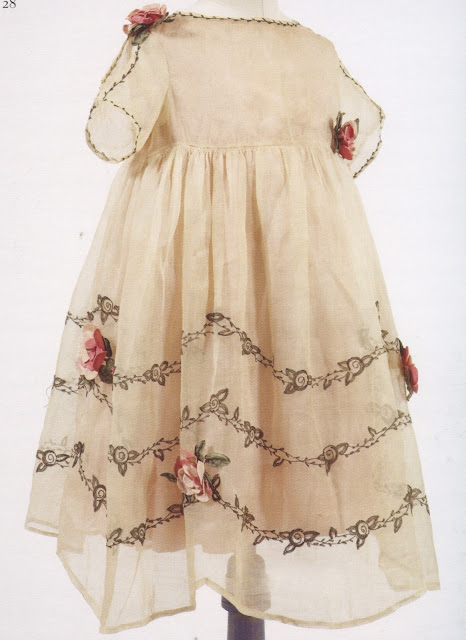 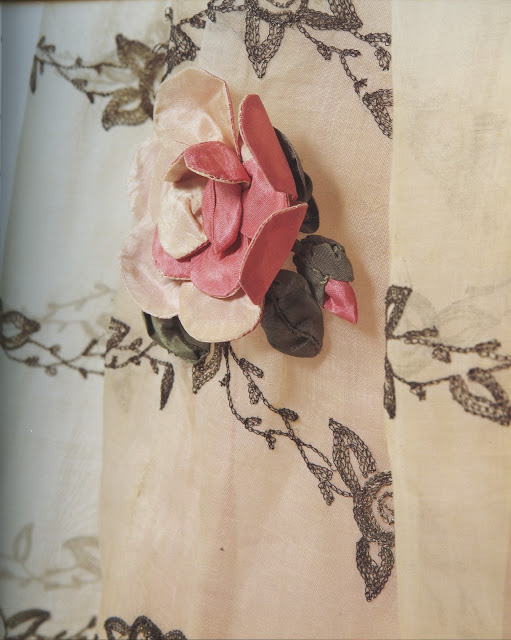 For the smartly dressed little girl in 1924 - I would love to order one too: 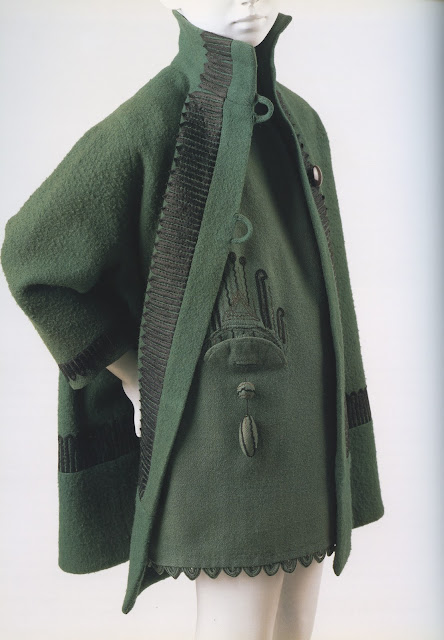 In fact, such was Lanvin's devotion to her daughter that the Lanvin label is a Paul Iribe drawing of a mother and daughter holding hands. 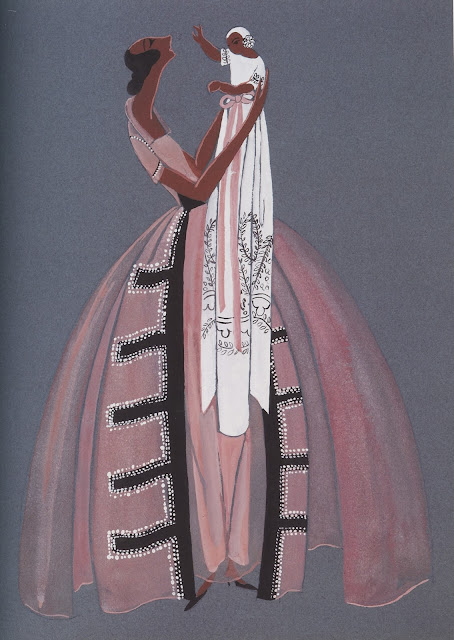 La Mere Lanvin's dreams for her daughter were realized when she married well to the Count Jean de Polignac and became the Countess Marie-Blanche de Polignac.

Marie-Blanche in her wedding dress by la Mere Lanvin: 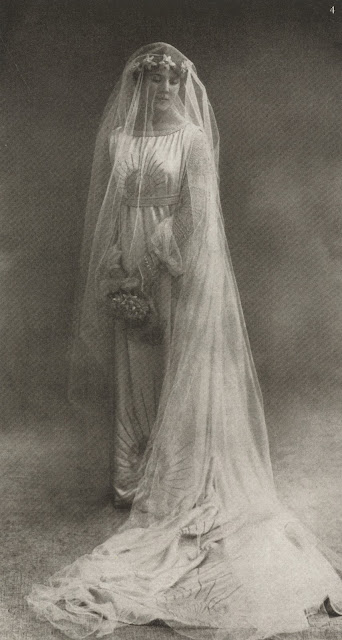 and a few beautiful details... 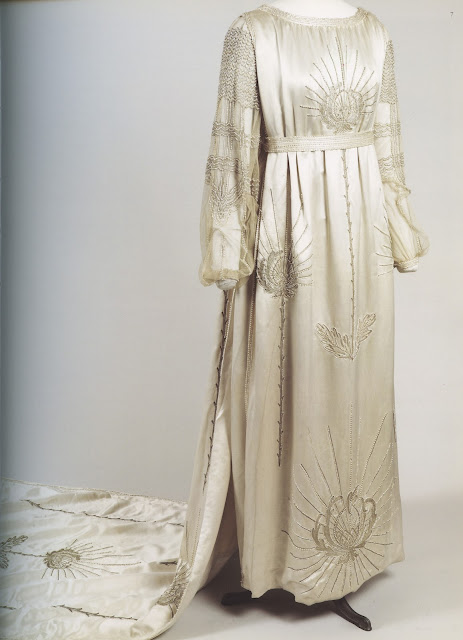 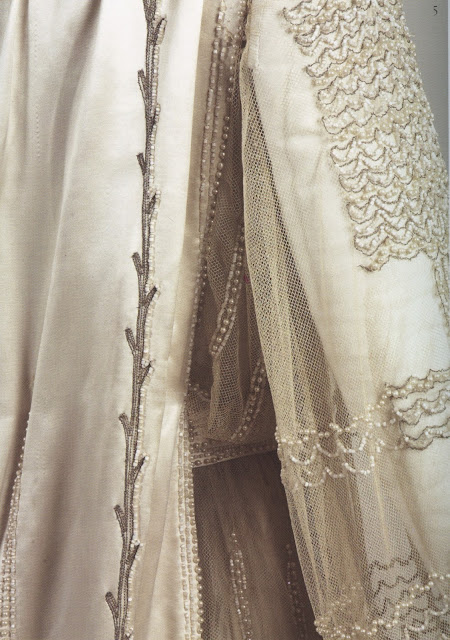 I love this apartment which still seems astoundingly modern.  There is a mixture of sparseness and rococo romance that seems to me timeless.  There is a bit of fantasy but not too much fantasy - it feels like a real home and not a stage setting for an overwrought drama.  On Sunday evenings Marie-Blanche who was a great opera singer (and in fact, you can find recordings of her on Amazon)  entertained at home.

The dining room's murals were painted by the great Christian Berard who did many of the drawings for Vogue in the 1930s.  The walls were a pale blue and moldings were a crisp white and chairs were upholstered in a deep red velvet. 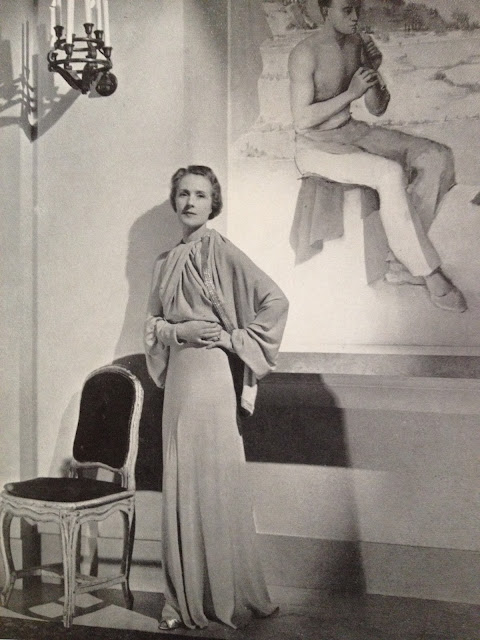 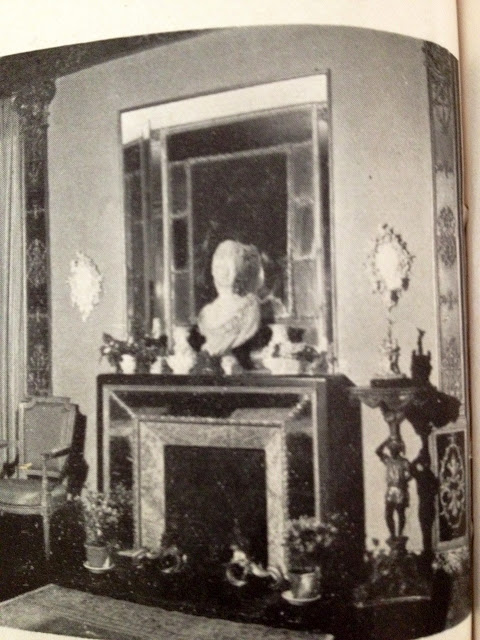 The bedroom is in a pale blue with an upholstered head board in pale blue and trimmed in white.  At the foot of the bed is a whimsical Venetian bench.  (so sorry, I thought had a photo of this but can't seem to find it)

And the bathroom- which I really love - is mirrored with a collection of blue and rose colored glass.  And spouting from the wall is a faucet in the shape of a large bronze triton.  I don't know about you but I could spend hours getting ready in that bathroom... 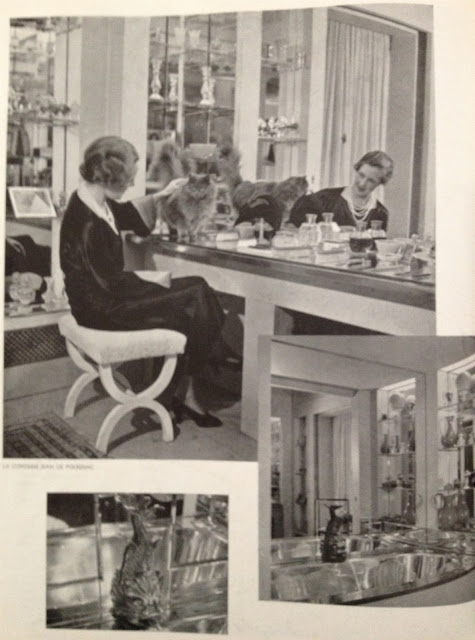 Photos from Vogue and Lanvin.

I am always interested in purchasing for RARE vintage pieces from Jeanne Lanvin - please contact info@rarevintage.com or phone us at 212.581.7273 if you have a bit of beauty from Madame Lanvin.  I would be thrilled to find accessories as well.