In Milan there is a luxury department store, La Rinascente.  The store was bought in 1917 by Senatore Borletti (who was a relative of my husband).  Senatore Borletti hired the poet, Gabrielle d'Annunzio to craft a new public image for the store  (how often is a poet hired for department store brand building??) and d'Annunzio chose the name La Rinascente which means she who is born again.

In the 1960s La Rinascente recognized the youth quake and in another rebirth, opened a department with young and hip designers like Pierre Cardin.  I was thrilled to find this Op Art inspired silk accordion pleated dress by Pierre Cardin made exclusively for La Rinascente circa 1963-1965.

"The circle is the symbol of eternity.  I love the circle.  The moon, the sun, the earth are pure creations, boundless, without beginning and end." Pierre Cardin 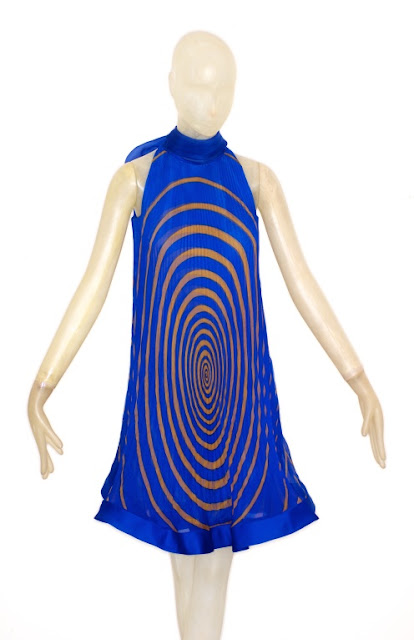 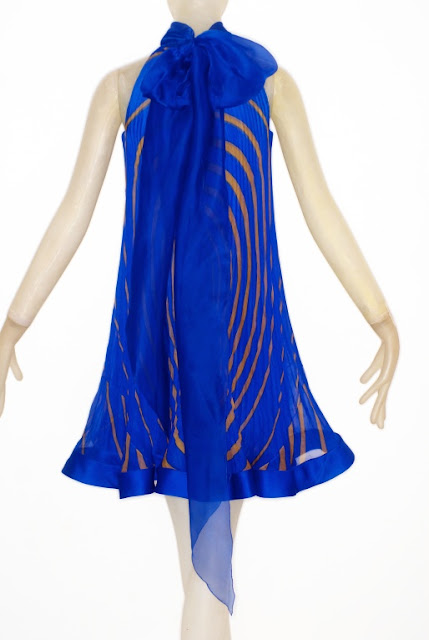 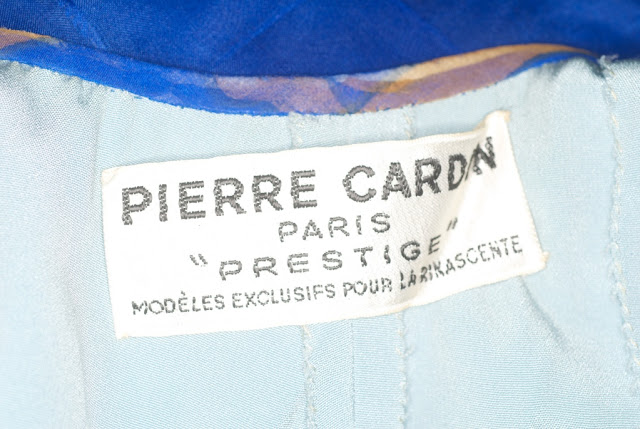 INQUIRY
Posted by RARE vintage at 7:12 AM