The Bundeskunsthalle museum - golly, try saying that three times fast! in Bonn, Germany is exhibiting the first comprehensive exhibit of Karl Lagerfeld's work - from his yellow wool coat which won the 1954 Woolmark prize and started his (and Yves Saint Laurent's) career to the pregnant bridal dress from the Chanel Autumn/Winter 2014 haute couture collection.

A trip down memory lane... 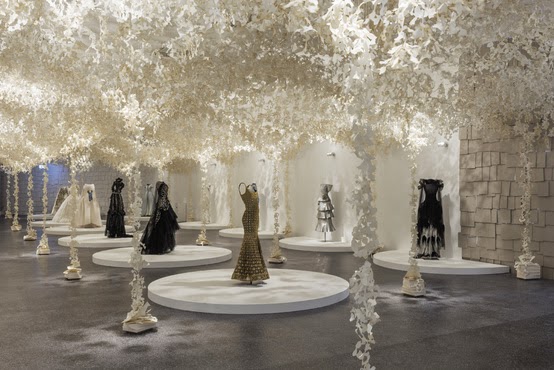 A vivid and lively version of Karl Lagerfeld's desk: 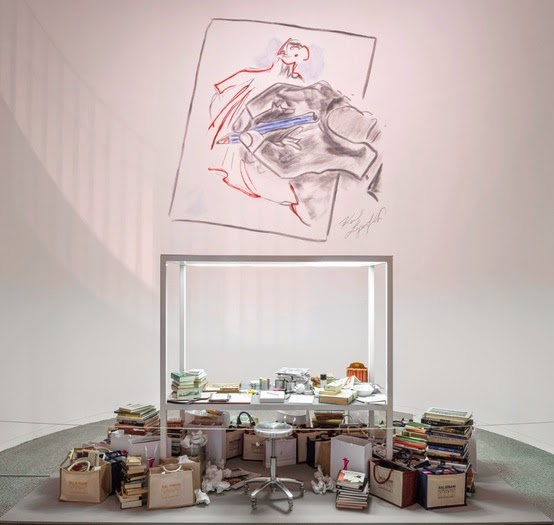 The coat that started it all: the winner of the 1954 Woolmark prize (recreated for the exhibit): 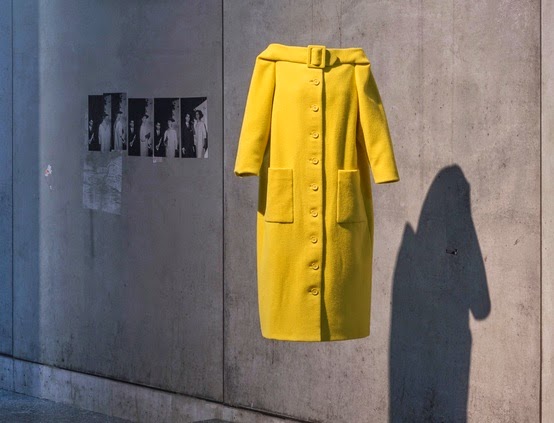 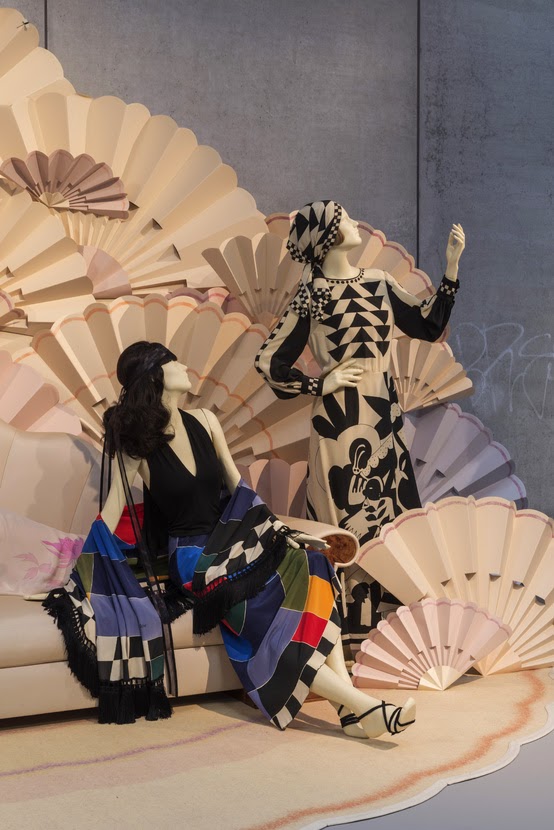 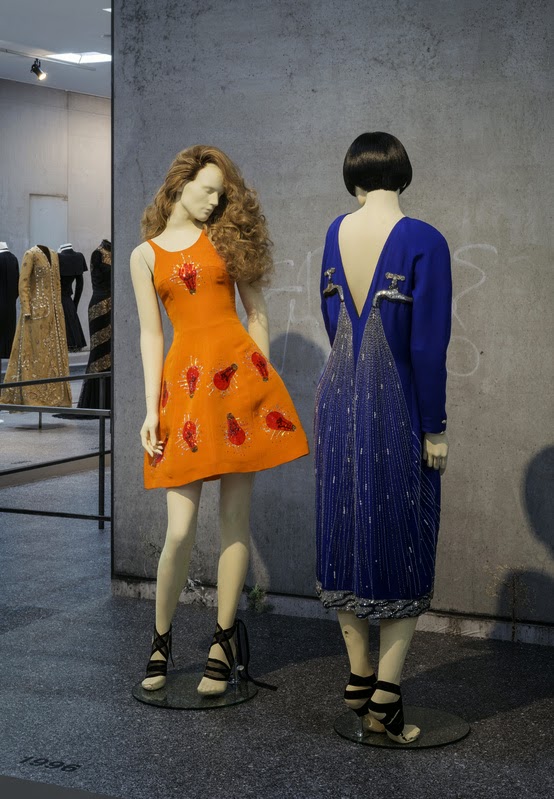 The brilliance of Karl: bringing some street creed to the house of Chanel: 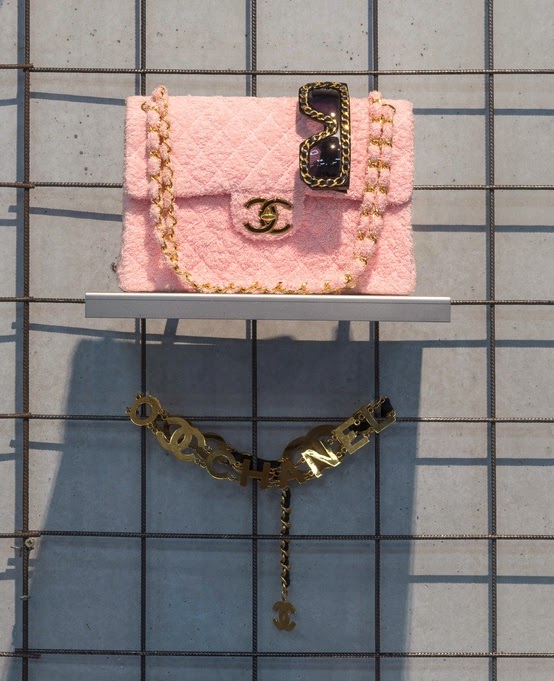 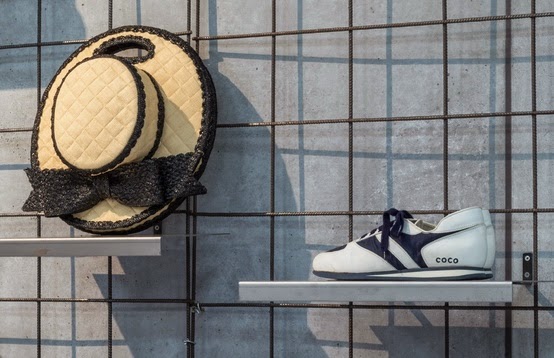 The dream of Chanel haute couture realized by Karl: 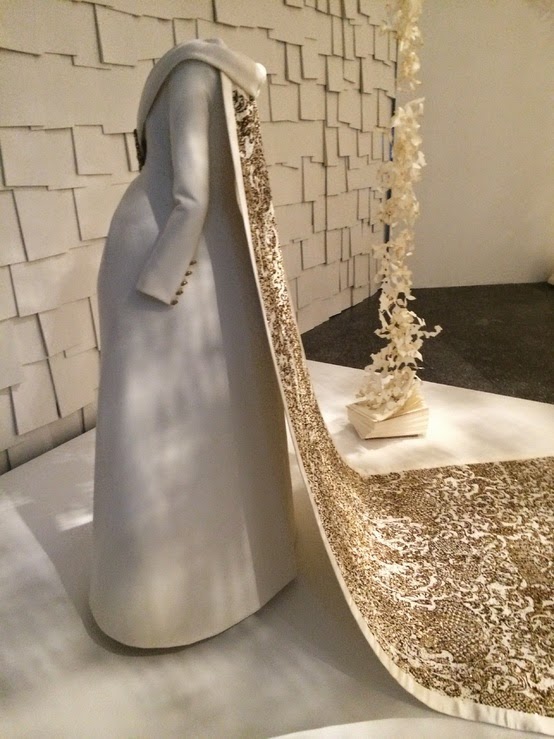 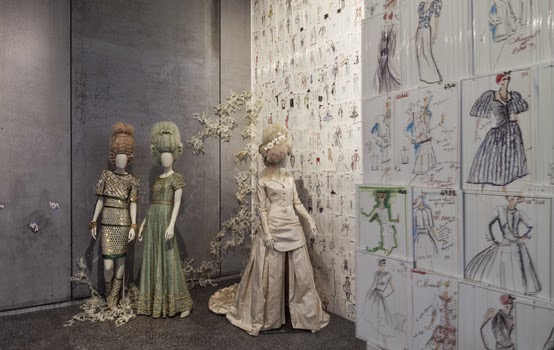 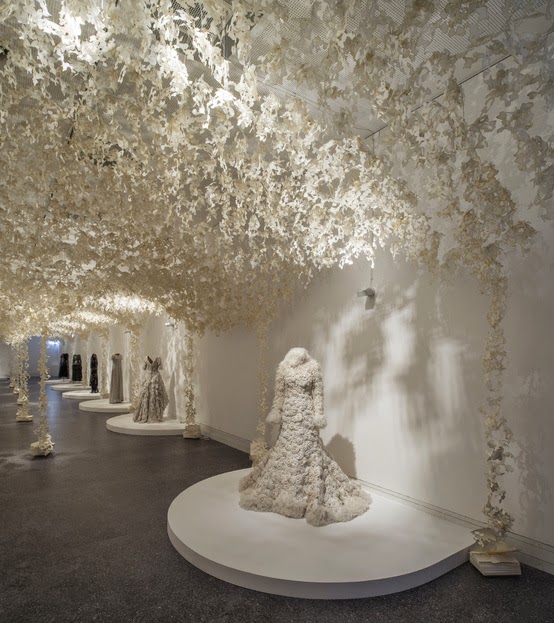