Venice is for Lovers

I am in Italy for work and for holiday (which means special pieces coming to the RARE blog soon!! Exciting!  I will be cruel and not even give you a hint what fabulous things are coming but Fabulous they are!!) but in the meantime,
Venice is for lovers of...
a bellini at Cipriani (Hemingway drank there and that in itself is enough for me) 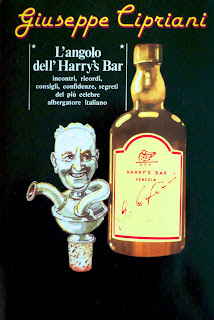 a heavenly paparedelle con radicchio at Vini di Arturo on Calle dei Assasini (Joel Silver actually flew the staff from Vini da Arturo to LA because the food is so amazing and by the smiling faces of Nicole Kidman, Tom Cruise, Tom Hanks, Jennifer Aniston, George Clooney, Tom Ford (well, Tom Ford was more smoldering then smiling) and Tobey Macquire everyone looked as happy we were after lunch) 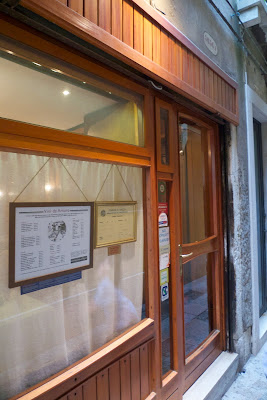 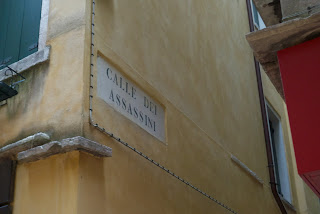 a raffia covered cabana on the Lido in front of the elegantly faded Hotel des Bains where Visconti's 'Death in Venice' was filmed.  The Hotel is being restored and energized by The Four Seasons and will have luxury apartments with hotel amenities. 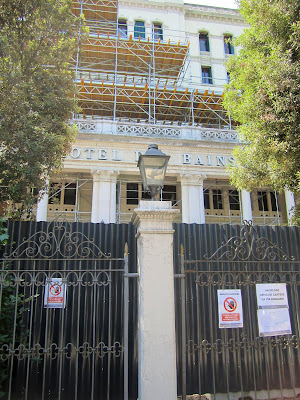 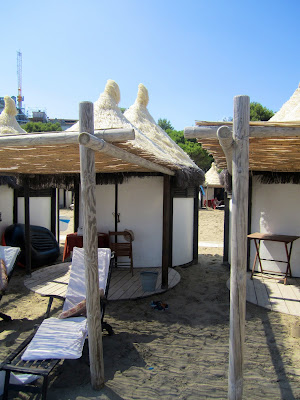 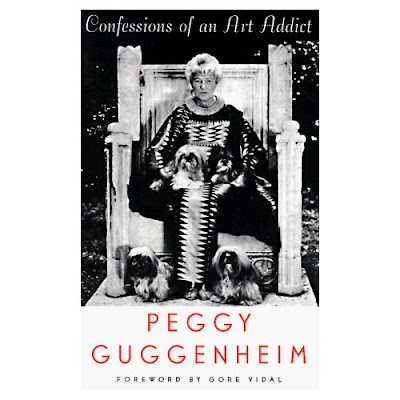 Fortuny and a beautiful afternoon spent inside a dark Palazzo with thunder outside and Fortuny Delphos dresses inside, Andy Warhols's "Diamond Dust Shoes" painting and an aluminum Fontana slash painting. 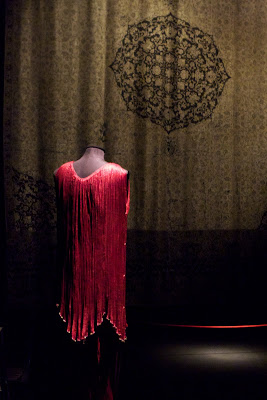 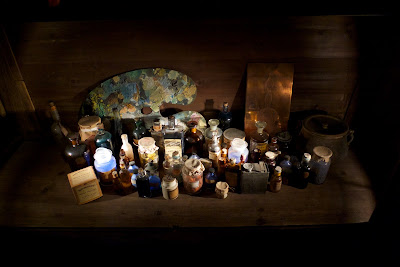 coming upon a 1987 American Grand National (okay, I had to look that up, I knew it was an American car but I had never even heard of a Grand National) silkscreened by Richard Prince with images of women in front of the Pinault leased Palazzo Grassi.  By the way,  the guards at Palazzo Grassi and the newly opened Punta della Dogana Francois Pinault Foundation are all well dressed and quite good looking.  Coincidence?  Hmmm... 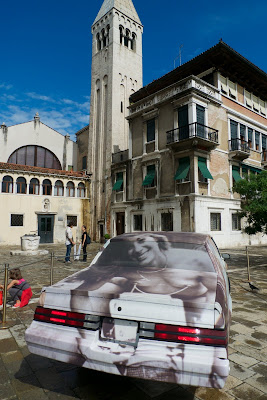 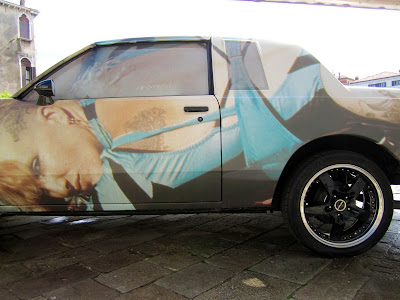 and finally wouldn't we all love to arrive in Venice looking this great? 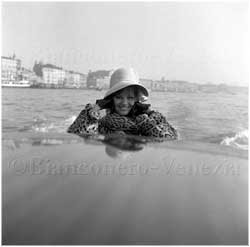