The 1990s as seen in The Wolf of Wall Street

There has been a big to do about how Martin Scorcese's Wolf of Wall Street is the first 'period' film of the 1990s.  It does not seem that long ago but when you go back and look at photos from the early 90s, you realize with a bit of a jolt, Damn!  It/We all looked so different. Supermodels with big hair, big thighs*, lots of make up, sheer stockings with close toed shoes, big jewelry, lots of gold.  A whole lot of glamore!

Sandy Powell, the brilliant costume designer of The Wolf of Wall Street and who will surely win an Academy Award for this film, nailed the costumes for the men and women.  Armani big shouldered pin-striped suits, black leather jackets with those big sloping shoulder pads.  And poor Jonah Hill had to suffer  stone washed jeans, pastel colored button down shirts and sweaters tied 90s wasp style over his shoulders. 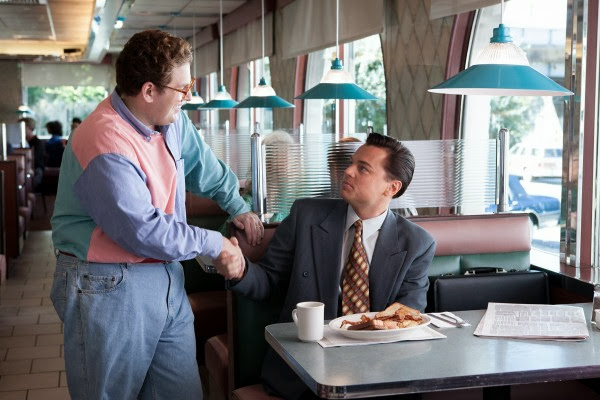 Unfortunately, I could not find many photos of Margot Robbie as the wife of Leonardo di Caprio's character Jordan Belfort.

But she wore an exuberantly beaded Versace from 1991: 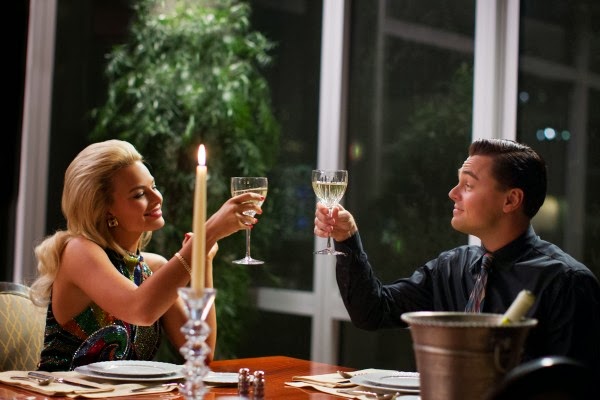 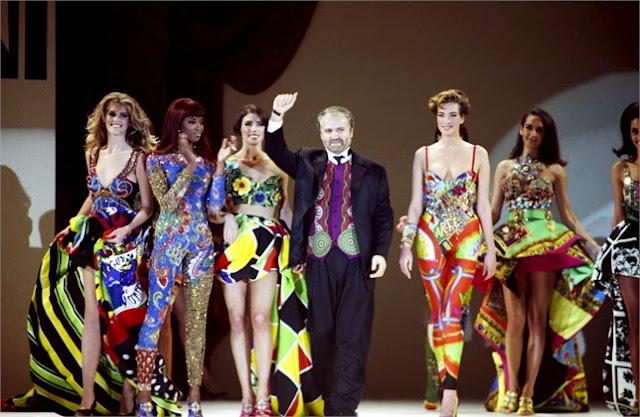 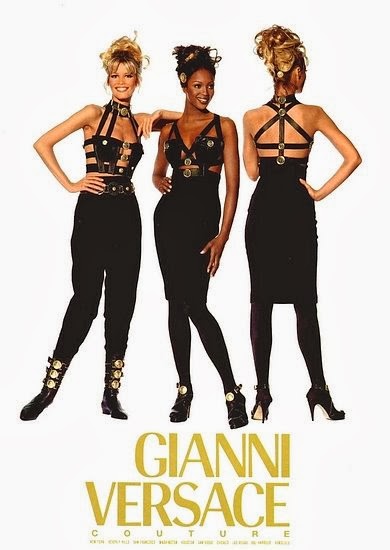 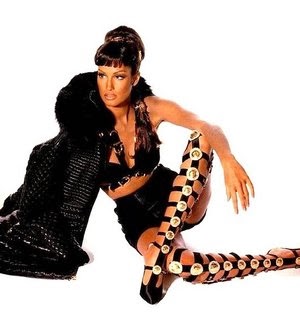 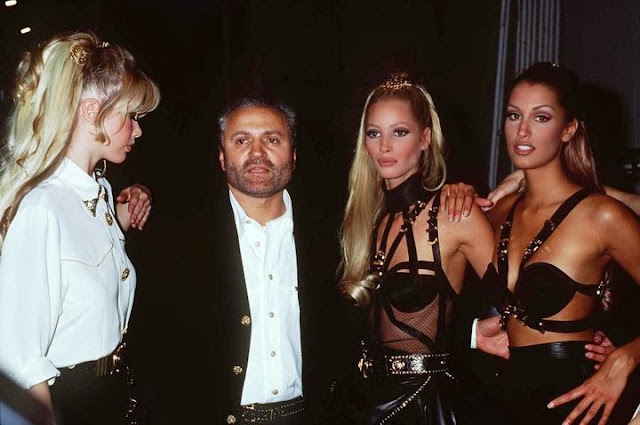 and then of course, you can not have the 1990s without some body conscious Herve Leger bandage dresses like the one Robbie wore in the film (do you see the gold on her sunglasses - so 90s!  A nice touch): 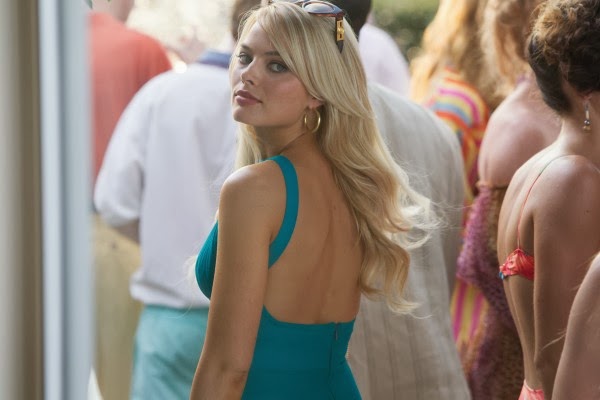 Looks similar to this one we have at RARE vintage - and Hello!  Herve Leger was made in Paris back in the day: 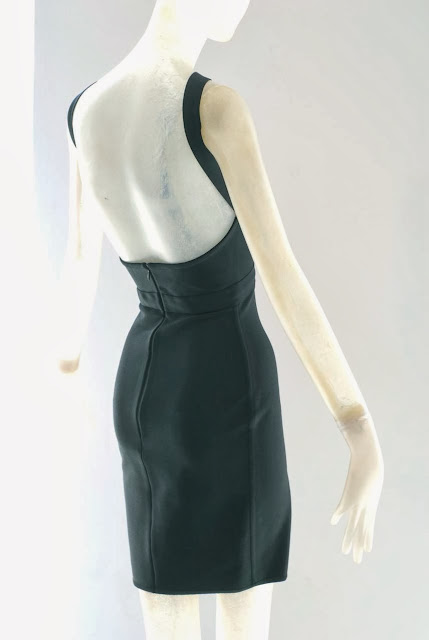 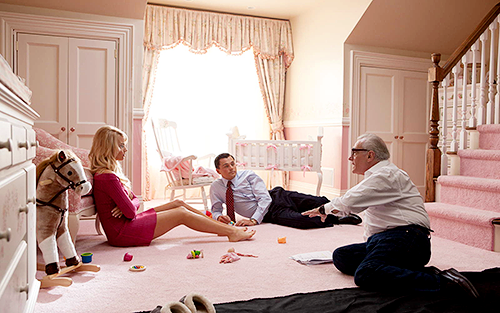 and towards the end of the film, she was wearing 1995 Tom Ford for Gucci, a lime silk blouse- no photos here either but it was this one in the runway photo below: 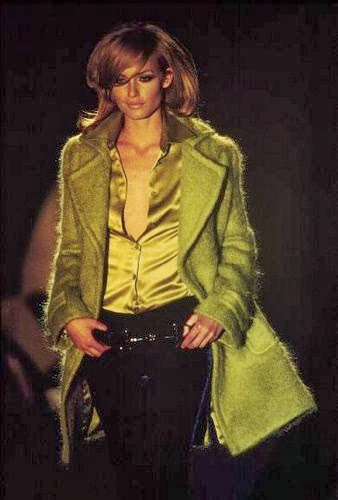 It is a great entertaining film and Margot Robbie, beautiful and stunning, was perfectly cast and wore the 90s wardrobe well - and that Long Island accent!

*And just so you know, I am not criticizing the 'big thighs' of the 1990s Supermodels - I am only noting the enormous difference in models bodies then versus the extremely thin models now.